This Horace Tapscott website began as a timeline recording Horace’s performance history. It has expanded since then to include a section on the music of the Arkestra, as well as a photo gallery. As research continues, corrections and updating will continue, and, more material will be provided. Queries and documented contributions are always welcome.

The timeline records appearances, primarily musical, but not exclusively, by Horace Tapscott, and is a work-in-progress.

It has been compiled using public records, such as newspaper ads, articles, leaflets, etc., but most importantly the tape and ephemera collection in the Horace Tapscott Archive. Over the years, the diligent preservation work by the brothers and sisters of UGMA/UGMAA, resulted in tape recordings of hundreds of performances and rehearsals from 1960 to Horace’s passing on 27 February 1999. In 2002, with the assistance of Michael Dett Wilcots, UGMAA archivist and Horace’s son-in-law, I catalogued that collection, then housed in Horace’s garage/studio.

Until the early 1980s, recordings were made on reel-to-reel tapes. On many of those, the UGMA/UGMAA personnel responsible penned notes on the tape boxes, usually location, date, personnel, and compositions performed. Occasionally, other commentary was added. When relevant, these are included under the tag “Note”.

This collection provides the main source in documenting the musical history of the movement in those years, including such items as the various name changes the organization went through until finally settling on the Pan Afrikan Peoples Arkestra (PAPA) and the Union of God’s Musicians and Artists Ascension (UGMAA) in the early 1970s. While this information is invaluable, it is far from complete. Not all musicians and compositions are listed in some instances, but what information exists, is provided.

With the shift to cassette tapes in the early 1980s, much of the space for written commentary on the reel-to-reel boxes was lost, and consequently information on the cassettte tape containers is minimal or non-existent. While I listened to some to ascertain more information, it was not possible to go through the entire collection, which was donated shortly afterwards to the UCLA Music Library’s Special Collections.

The Horace Tapscott Archive also contains performances by other ensembles within the movement that did not include Horace’s participation. Since the focus of this list is Horace, those are not included, except in cases where they were part of a larger performance in which Horace participated. Some tapes with minimum information, such as “Arkestra,” are included since Horace’s participation is likely. Some rehearsals are also included, since tapes of them are extant in the Archive.

Another challenge is the sheer number of performances not recorded that Horace gave in his community, and how many of these were only advertised locally or not at all, particularly in the 1960s through the mid-1970s. Horace and UGMA/UGMAA were mainstays in various community settings, including parks, schools, and such venues as the Watts Happening Coffee House, and in the 1990s at 5th Street Dick’s Coffee Company in Leimert Park, but there is little documentation of the specifics.

As more information is uncovered, the Timeline will grow. Contributions via the comments section below are welcome, but must be documented in some fashion to gain a place in the Timeline.

It should be noted that this is not a cataloguing of biographical details, given the publication of Horace’s autobiography, Songs of the Unsung (2001). Also, a history of the movement can be found in my subsequent book, The Dark Tree (2006), which corrects factual errors in the autobiography, though much remains unknown. Historical detail was not Horace’s strong suit, but his passion, insight, values, ambitions, and artistry were. 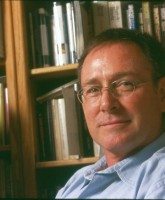 Finally, in initiating this project, thanks are due to the support and contributions from poet and community activist Kamau Daáood, Bertrand Gastaut of Dark Tree Records (and his excellent Horace Tapscott blog), David Keller (Horace’s former manager), director/writer Jeannette Lindsay  and writer / poet / publisher / perservationist / musician / radio host Mark Weber. This Timeline was also inspired by Mark’s exceptional work on his Bobby Bradford Timeline. The wonderful Klaus at Metropolis Free Jazz has made this an on-line reality. — Steven L. Isoardi